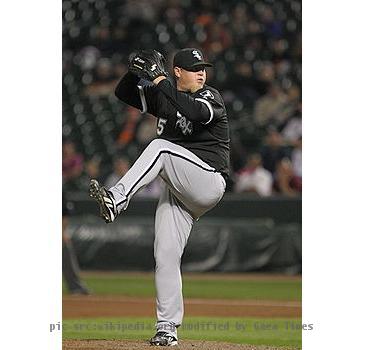 BOSTON (GaeaTimes.com)- It seems that former Chicago White Sox player Bobby Jenks has finally found himself a team. After remaining a free-agent from earlier this month when the Chicago White Sox refused to extend his contract, the latest buzz is that the much-acclaimed player is now all set to join the Boston Red Sox. According to reports, Bobby Jenks has agreed to a $12 million contract with the Boston Red Sox which would be valid till a period of two years although no details have been validated as yet. A source close to the on-going negotiations has revealed, on condition of anonymity, that the deal between the player and the Boston Red Sox is in the final stages of finalization.

Despite the fact that the team is yet to make any official announcement about whether Bobby Jenks has indeed been signed up by the Boston Red Sox, the web is abuzz with speculation after the news was first reported by a leading sports website. Meanwhile, industry experts have reiterated that if the reports indeed turn out to be true and the former Chicago White Sox relief pitcher indeed joins Boston Red Sox, it would surely provide a huge impetus to the team by adding depth to the end of the ballpen.

With the Boston Red Sox being tight-lipped about the on-going negotiations, attempts to reach Bobby Jenks as well as his representative has also failed. The 29-year-old baseball pitcher is likely to be the last significant addition to the team which has already roped in Carl Crawford as well as Adrian Gonzalez in the roster in the recent past.

LOS ANGELES, (GaeaTimes.com)- We all know that Larry Forgione is one of the best cooks in the Un...

MELBOURNE - Amid the storm that hit Darwin yesterday, a woman was thrown across the room by li...

Bobby Jindal 'not interested' in running for president in 2012.

WASHINGTON - Bobby Jindal, the Indian origin Governor of Louisiana, has claimed that he is not inter...

Two get life for killing Indian-origin man in Britain

LONDON - Two men in Britain were jailed for life for the gruesome murder of an Indian-origin man dur...

WASHINGTON - The experience of 39-year-old Bobby Jindal, the Indian origin Governor of Louisiana, is...

WASHINGTON - Bobby Jindal, the Indian origin Governor of Louisiana, has used his new book to critic...
Copyright© 2010 The Gaea Times