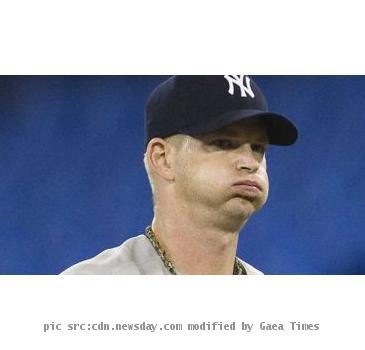 NEW YORK (GaeaTimes.com)- On Wednesday morning, when radio host Colin Cowherd told his listeners his thoughts about why New York Yankees player A. J. Burnett is not being able to give an impressive performance this season, he surely could not have imagined the controversy that was all set to ensue. During his ESPN show, Colin Cowherd said that the right-handed pitcher was going through a difficult time in his personal life presently as he is in the process of divorcing his wife. However, the claims made by the noted radio presenter has been denied by A.J. Burnett’s representative who has emphasized that the New Yankees player’s performance has nothing to do with his personal life.

Darek Braunecker, the agent of A. J. Burnett told media outlets later on Wednesday that Colin Cowherd does not have much idea about what he said on his radio program as the 33-year-old player is not in the process of getting a divorce from his wife nor has he ever been involved in the same in the past. Moreover, A. J. Burnett’s agent also went on to say that it was indeed irresponsible of the radio host to make such remarks without getting his facts right. Darek Braunecker also added that the New York Yankees player is well aware of the controversy while hinting that legal actions might be taken against the radio presenter.

On his radio earlier this week, Colin Cowherd called A. J. Burnett’s wife ‘vindictive and spiteful’ and went on to add that he would not be comfortable revealing the divorce details as the ’stories are ugly.’