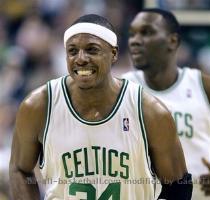 According to basketball experts, it was an exciting game last night and both the teams played well giving out their best performance. With a mere 0.4 second left for the game to end, Paul Pierce came up with a jumper that resulted in a tie-breaker. Unfortunately as a result of this, rival Amare Stoudemire’s three pointer at the buzzer could not result in much help for the New York Knicks. It gave way to the Celtics who then were able to gain a victory over the Knicks beating them on their home ground. Had the New York Knicks won the game last night, it would have turned out to a straight eight back to back win for them. Alas their hopes were dashed owing to the last minute tie breaker from the Celtics.

Last night’s win has resulted in a straight 11th victory for the Boston Celtics. All thanks to their star player Paul Pierce who went on to score 32 points for his team. On the other hand, Amare Stoudemire had 39 points which was an addition to his record.

US teacher accused of having sex with student, 16, freed on 20K dollar bond

NEW YORK - A teacher in Texas, who was charged with sexually assaulting a 16-year-old student and is...

Brangelina fork out $150k to promote adoption in U.S

WASHINGTON - Hollywood couple Angelina Jolie and Brad Pitt have given 150,000 dollars in recognition...

Soon, a pill to wipe out painful memories!

LONDON - Often there are moments that we wish to forget because they cause us so much pain like the ...

LONDON - A study of peak-time British programme has indicated that television dramas too often portr...
Copyright© 2010 The Gaea Times