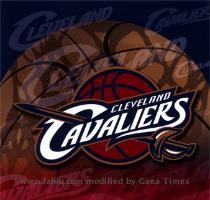 CLEVELAND (GaeaTimes.com)- While on the first match Miami Heat disappointed its fans by losing the game against Boston Celtics, Cleveland Cavaliers push their way to glory in the opening night by thrashing Boston Celtics sans its most powerful player LeBron James. The score board read 95-87 at the end of the way and it showed that hard work and dedication can really fetch good results at the end of the day.

The Cleveland Cavaliers players could not hold their joy as they received their first victory in the tournament. J.J. Hickson lead the team in its way to victory by scoring 21 points and 6 rebounds on 8-11 shooting. Cleveland Cavaliers dominated the court in the third half and since they managed to turn t5he game on their side. The other players who gave their best to score for their team are Boobie Gibson (16 points) and Ramon Sessions (14 points). The Cleveland Cavaliers played defensive from the beginning and they continued to push the game in their favor. They scored 27 in their last quarter which led the team to get its most coveted victory.