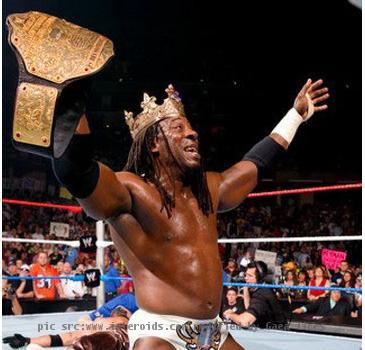 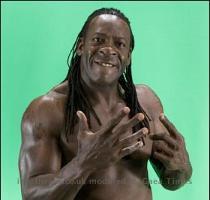 LOS ANGELES (GaeaTimes.com) After a span of three years, WWE superstar Booker T made a surprise comeback in Royal Rumble 2011. The former ‘King Of The Ring’ made an unexpected entry in Royal Rumble so as to give a shot to earn the main event spot at Wrestlemania 27. But to much disappointment he failed to establish a strong foothold in the ring and his stint in the ring was short-lived. He was soon eliminated thereafter. Along with Booker T, Kevin Nash - the former WWE Superstar also made a comeback.

Booker T who had joined TNA (Total Nonstop Action) after ending his tenure at WWE looked upbeat to win the match. But he was unsuccessful in doing so as he was eliminated from the ring soon after. Since his return to the WWE ring at the Royal Rumble, the gossip mongers are speculating about Booker T’s job role in the organization. Some sources reveal that the wrestler might be used as an announcer where on other hand some say that he might be used as a manager. Reports have also surfaced that the WWE world might use Booker T as a full time wrestler, like he was before.

Booker T’s comeback has surprised the WWE aficionados who are now looking forward for what lays ahead of the WWE superstar. It is quite certain that the wrestler has already made a point that he is here to return. The wrestler kept tight lipped regarding the issue. It is still quite uncertain of what role Booker T will be playing in the organization. The viewers will surely be looking forward to catch Booker T’s signature moves.

Remarks by the First Lady at "Let's Move!" Student Briefing

No legal action against Arundhati: Chidambaram

Arundhati Roy does not deserve to be arrested (Comment)

Nothing will please the Booker prize winning author Arundhati Roy more than being charged with sedit...