Ind Vs NZ ODI No.4 Highlights 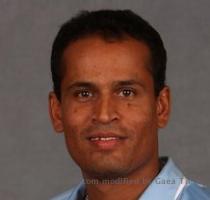 BANGALORE, INDIA (GaeaTimes.com)- In what turned out to be the only closely fought contest in the ongoing Ind Vs NZ ODI series, the fourth match was won by India by 5 wickets and 7 balls to spare. New Zealand hopes were raised after James Franklin’s heroics gave them a 300+ score that looked quite defendable on the M Chinnaswamy wicket. India, however, looked comfortable almost the majority of the chase and might be looking for a complete whitewash in the series in the next ODI. Considering that New Zealand are coming from a series defeat to Bangladesh, the side can be called completely down and out before the ICC World Cup in 2011.

Batting first after winning the toss, New Zealand got off to a decent start in the 4th Ind Vs NZ ODI courtesy Brendon McCullum and Martin Guptill. With an almost 7-an-over scoring rate, it looked like there will be no stopping the visitors until the Indian bowlers tightened the screws in the middle overs. James Franklin battered the bowlers towards the end of the innings and smashed a 98* in 69 deliveries. His knock included 12 fours and 3 sixes and it looked like the Kiwis might have their first taste of victory in their tour of India. New Zealand posted 315 at the end of 50 overs with 3 wickets in hand.

The New Zealand hopes were dashed quite quickly as India got off to a good start. Things, however, began to look uneasy as Gautam Gambhir and Virat Kohli were dismissed in quick intervals but Rohit Sharma and Yusuf Pathan ensured that the scoring rate is at par in the middle overs. Yusuf Pathan got together with Saurabh Tiwary towards the end to guide India to victory with 7 balls to spare in the 4th Ind Vs NZ ODI.

HYDERABAD, INDIA (GaeaTimes.com)- It looks like the second test between India and New Zealand is...