Don Meredith Passes Away At 72 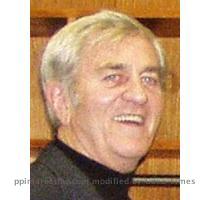 SANTA FE (GaeaTimes.com)- Don Meredith popularly known as “Dandy Don” passed away on Sunday at Santa Fe, New Mexico. He was 72. The former Dallas Cowboys quarterback lost his life after suffering a brain hemorrhage followed by his battle with coma. The cause for his death was revealed by his lawyer Lisa Fine Moses. Don Meredith also served as the additional colors to ABC’s “Monday Night Football” for Howard Cosell.

Don Meredith along with his wife Susan spent the last 25 years of his life in New Mexico and Palm Springs. All those who knew him says that his life is one of a folk tale. A source close to Don Meredith says that he was a man who had completely changed the perception of football. He never stressed ob the professional side of it. With his humor and charm Meredith he presented the game in a complete different color in front of the audience on ABC’ “Monday Night Football” and had a long list of ardent followers who just loved to see him on screen every Monday night. He used to come up with his instinctive single remarks targeted at his broadcast partners, which was something he is best remembered for.

Whenever one team would lock the other one on the field, immediately Don Meredith would start humming the song by his friend Willie Nelson “Turn out the lights, the party’s over”. This is how he is fondly remembered by all. It goes like this that every body on the practice filed would be amused by him for the jokes he came up with except for the coach who would get annoyed, but when he took over the field he would just storm into and end up with a commendable job.

LONDON - Helena Bonham Carter has revealed that she risked the wrath of Harry Potter bosses by signi...

LONDON - Harry Potter star Emma Watson has revealed that she has faced 'dark times' due to a 'voice ...
Copyright© 2010 The Gaea Times