Tony Romo Engaged For The Better? 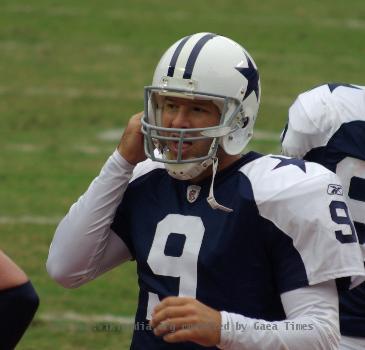 DALLAS (GaeaTimes.com)- With Tony Romo getting engaged to Candice Crawford, one only has to wonder now, how many of Jessica Simpson’s boyfriends are yet to get engaged this season. Seems like the engagement of Jessica Simpson with her beau Eric Johnson has inspired many of her previous lovers to follow her footsteps. However, no one could yet conclude, whether that is simply a nuptials drew inspiration from mere jealousy!

The latest records state that Jessica Simpson’s ex-husband, Nick Lachey got engaged to Vanessa Minnillo on November 4 of this year. Did that come up as a real shock to the singer, that even she had to announce her engagement in just about a week later? Or was she really in love with former NFL player Eric Johnson, that could no longer make her resist the temptation of owning him? Many sources are under the impression that it was nothing more than a mere ego clash between the ex-couple. However, this “engagement competition” was further tightened with Tony Romo getting engaged on December 16, to Candice Crawford on her birthday. This was just about a month after the engagement of Jessica Simpson. Nevertheless, the question arises, who is Candice Crawford? All those who are not so well versed with sports may not know her, but she is a renowned sports journalist. Intellectual and smart, she is definitely as flauntable as Jessica Simpson. This hot journalist has also been Miss. Missouri a few years ago.

Now that is what we call a smart choice for girlfriend. A beauty queen and a sports lover is indeed a rare combination. Moreover, her media contacts can definitely give more footage to Tony Romo from a (hopefully) more positive angle. Getting engaged to Candice Crawford surely means publicity for free and Tony Romo smartly understood that. Goodbye Jessica Simpson, for you just created scoopy news for this Dallas Cowboys’ quarterback.

Parker's move to file his own divorce 'upsets' Eva Longoria

CANBERRA - Indian origin doctor Mohamed Haneef, who was falsely accused of terrorism and deprived of...

LOS ANGELES - Actor Daniel Day-Lewis has been roped in to play the 16th American president, Abraham ...

Murdered Hollywood publicist suspected she was being followed

NEW YORK - Hollywood publicist Ronni Chasen, who was murdered last week, suspected she was being fol...

WELLINGTON - Families of 29 men trapped underground after an explosion in a New Zealand coal mine fa...
Copyright© 2010 The Gaea Times