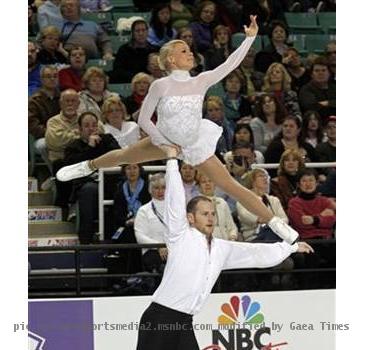 Caitlin Yankowskas and John Coughlin’s victory was quite overwhelming and inspiring for the viewers as it was filled more with emotions and drama, that translated into their skating skills. They were declared as the winner with the final score of 124.15, to leave behind Amanda Evora and Mark Ludwig by almost three points, as the first runner up scored 122.35. They are also the highest scorer in the long program, with 188.45 points, while Amanda Evora and Mark Ludwig are at 185.22. 2010’s champions, Caydee Denney and Jeremy Barrett, this time emerged as the second runner up with 175.49. Meryl Davis and Charlie White, made a score of 185.48. They are followed by Maia Shibutani and Alex Shibutani, with 173.18 points. The second runner up in their category are Madison Chock and Greg Zuerlein, with 154.62. Alissa Czisny, who stands with a score of 191.24, is followed by Rachael Flatt with 183.38 points and Mirai Nagasu with 177.26 points in the US Figure Skating Championships 2011.

Meryl Davis and Charlie White’s third consecutive victory, are making people wonder that they might be the potential candidates to bag the World Championship or the Olympic Championship. Charlie White is quite confident and feels that they are on the right track. The US Figure Skating Championships 2011 will conclude today with two more titles namely, Men: Free Skating and Skating Spectacular.

MUMBAI - From suggestions to ban such TV shows completely to wondering how much of adult content can...
Copyright© 2011 The Gaea Times