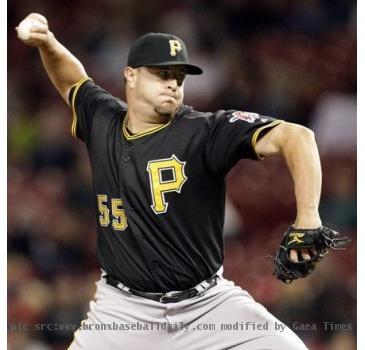 MINNESOTA (GaeaTimes.com) — Matt Capps is all set to move over to Minnesota Twins this season. The Washington Nationals have traded him in exchange of Wilson Ramos on late Thursday night.

The Nationals included $500,000 in the deal and will receive left-handed relief pitcher Joe Testa, who was demoted from Class AA New Britain to Class A Fort Myers. Capps, who is fourth in the majors with 26 saves, was acquired this winter, after the Pittsburgh Pirates did not tender him a contract. The Nationals bagged him up for $3.5 million, for one year. Atahualpa Severino, a left-handed reliever at Class AAA Syracuse, will likely take Capps’s spot on the National’s roster.

Capps, aged 26, was caught offguard by this sudden exchange of players, even after his superb performance in match against Atlanta Braves where they won by 5-3. As he is moving towards National Park, he is felling “different emotions”. On one hand he is feeling excitement about joining a new team, but felling melancholic about leaving Nationals at the same time. He expressed his gratitude towards Nationals for giving him a chance to play when Pirates non-tendered him. In his words,

I’m kind of saddened. I’m not going to be around the guys I’ve been around the last four months or so. I’ve really enjoyed my time here in Washington.

We wish this player all the best for his future with the Minnesota Twins and expect spectacular performances from him in the fields.
Filed under: Baseball, Featured Article, Sports

MELBOURNE - An Australian premier has issued a clear but stern warning to her Cabinet colleagues to ...

MELBOURNE - England got a perfect boost for the first Test when they beat Australia A at the Belleri...

'I don't think anyone else will manage for 24 years, I'm a phenomenon': Fergie