Ind Vs NZ 5th ODI About To Commence 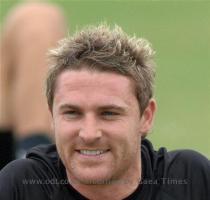 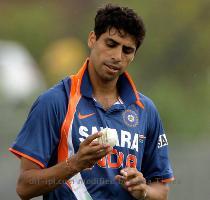 CHENNAI, INDIA (GaeaTimes.com)- With hours left to go for the start of the 5th and final Ind Vs NZ ODI, it is clear that the visitors will fight tooth and nail to avoid another whitewash. India on the other hand will look to have one of the most comprehensive series wins under their belt before the 2011 World Cup. While both teams showed ample positives in the 4th ODI, India emerged clearly as a better team by chasing down 315.

Yusuf Pathan who was the hero for India in the 4th ODI at Bangalore will also be one of the keys to the Indian in the 5th Ind Vs NZ ODI. Another stellar performance from the hard hitter could seal his berth in the side for the world cup. Another great positive for the Indians in the series has been Gautam Gambhir’s return to form. With Ashish Nehra going for 38 in his last over, the Indian bowling has been a concern for the fans but it is clear that with the addition of Zaheer Khan and Harbhajan Singh into the attack, the appearance of the attack will change a great deal.

Ahead of the 5th ODI, the New Zealand side will look the build on the positives that they had in the 4th ODI. Experts feel that the Kiwis will have a hard time getting over the fact that they have not won a single ODI in almost 4 months and have had by far the worst build up to the World Cup. While cricket is known to be unpredictable game, the turn around could start for the Kiwis right after the Ind Vs NZ 5th ODI.

HYDERABAD, INDIA (GaeaTimes.com)- It looks like the second test between India and New Zealand is...