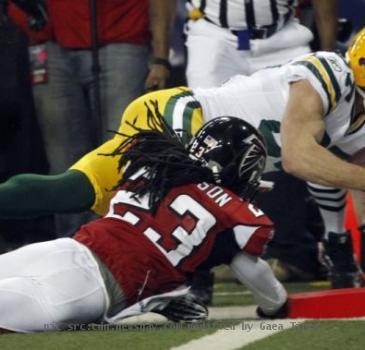 The Green Bay Packers is a wild card team which defeated the Philadelphia Eagles in the first round and the Atlanta Falcons in round 2. Now, they are slated to play either against Seattle Seahawks the Chicago Bears depending upon who wins the playoff that is scheduled to take place today. The Green Bay Packers quarterback Aaron Rodgers played a very important role in the team’s win as he went on to score three touchdown passes while also running for another score, taking his team towards victory.

The Green Bay Packers are in anticipation as to who they are going to play against in the 2011 NFC Championship Game. The fans of the teams are keeping their fingers crossed. Whether or not the team would keep up to the expectations of its fans is just a matter of time. Given the manner in which the Green Bay Packers completely dominated their opponents during Saturday night’s game, expectations are surely running high from them.