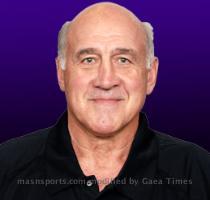 BALTIMORE (GaeaTimes.com)- Greg Mattison will no longer be a part of the Baltimore Ravens. Instead, the defensive coordinator from now onwards will be acting in the same position with the Michigan Wolverines. In a recent development, the University of Michigan football team officials decided to hire none other than the Raven’s defensive coordinator as their new defensive coordinator. The deal is said to have got settled on Tuesday night.

Immediately after decisions were taken to hire Greg Mattison, the Ravens too instead of wasting much time decided to name their new defensive coordinator. Chuck Pagano, who until now had been acting as a third year secondary coach for the Baltimore Ravens will now be seen fulfilling Greg Mattison’s role. Although, the Baltimore Ravens have not yet officially announced of Chuck Pagano as their new defensive coordinator, the news shot up last night itself after it was found on the official website of the Ravens. They are expected to announce the news today at a press conference. Recently, the University of Michigan football team had obtained the permission from the Baltimore Ravens to go for some discussions with Greg Mattison. Brady Hoke, head coach of the Wolverines seemed to have found the Wolverines’s next defensive coordinator in none other than Greg Mattison.

WASHINGTON - Scientists have discovered that some species of snake can stay airborne for up to 79 fe...

LONDON - Emma Thompson, who was criticised for her plans to take her 10-year-old daughter Gaia out o...

Saker's loyalty for Ashes with England despite Oz connection

SYDNEY - Australian David Saker, who has just passed six months as England's bowling coach, has made...

LOS ANGELES (GaeaTimes.com)- "The Chronicles of Narnia" is all set to hit silver screen in Decem...