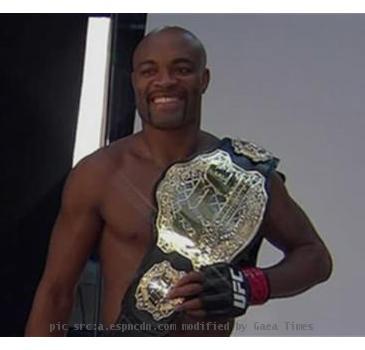 Anderson Silva Vs. Vitor Belfort fight started quite slowly as both the fighters attempted few strikes in first two minutes. The match took a turn when former UFC Light Heavyweight Champion took Anderson Silva with his left hand and tried to throw him down on the ground. However, the winner quickly fought back and then stood on his own feet to defend himself. After the match, even Vitor Belfort praised his opponent and said that Anderson Silva is a great fighter. UFC President Dana White said that he has seen such matches in video games but not in real life.

In the post match interview of Anderson Silva Vs. Vitor Belfort fight, the winner thanked all his trainers for their support and his coaches for teaching them such great style of kick. However, he also added that Vitor Belfort deserves everyone’s respect as he was the champion of Light Heavyweight bout even before Anderson Silva joined UFC. The winner also said that he had a definite game plan and hence he was focusing on various attacks and strikes.

Buffy the Vampire Slayer to be turned into a movie

SYDNEY - Famous American TV series 'Buffy the Vampire Slayer' is set to be turned into a new Hol...

Anderson has no intention of doing a Harmy repeat at Gabba