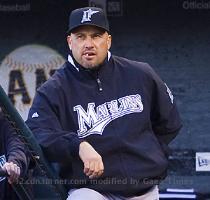 Some reports indicate that Bobby Cox was contemplating a retirement in October since last year. His announcement on Monday came after the Atlanta Braves were eliminated by the San Francisco Giants in the playoffs. Bobby Cox was seen extremely emotional after the game and said that it was hard for him to imagine that he was wearing his signature No.6 uniform for the last time. He also said that he would have liked to have won the game against the San Francisco Giants and felt emotional at the loss. Fredi Gonzalez, who takes over as the new manager, according to the reports, boasts of a good record with the Marlins with two games less than a .500.