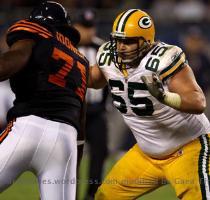 CHICAGO (GaeaTimes.com)- Football fans cannot wait to have enough of the excitement that will be rendered out by the Green Bay Packers and the Chicago Bears as the two compete for the NFC Championship final of the Super Bowl. This super exciting game that football experts have labeled as one of the most awaited games of the Super Bowl will start from 3:00 PM ET. The game will be aired on FOX.

On the other hand the AFC Championship game that will be played in between the New York Jets and the Pittsburgh Steelers can be seen on CBS at 6:30 PM ET. No doubt all the action packed drama that is lined up for Sunday is set to make the weekend all the more exciting. Nothing is going to excite the audience as much as a match between the Packers and the Bears for it is for sure that the two opponents will go for the clash of titans on the field! The Packers and the Bears are not just mere rivals. While Aaron Rodgers shot up an extremely impressive performance in the Packers’ last match against the Atlanta Falcons crushing them down to reach the finals, Jay Cutler on the other hand is also set to combat the Packers gang!

A lot from the Chicago Bears depends upon quarterback Jay Cutler who currently is handling a lot of pressure. The Packers-Bears game will commence from 3:00 pm at the Soldier Field stadium in Chicago. The Bears are all excited as the team gets to play for the NFC finals on its home ground. With the two heavyweight teams battling it out, audience can hardly wait for the drama to unfold.